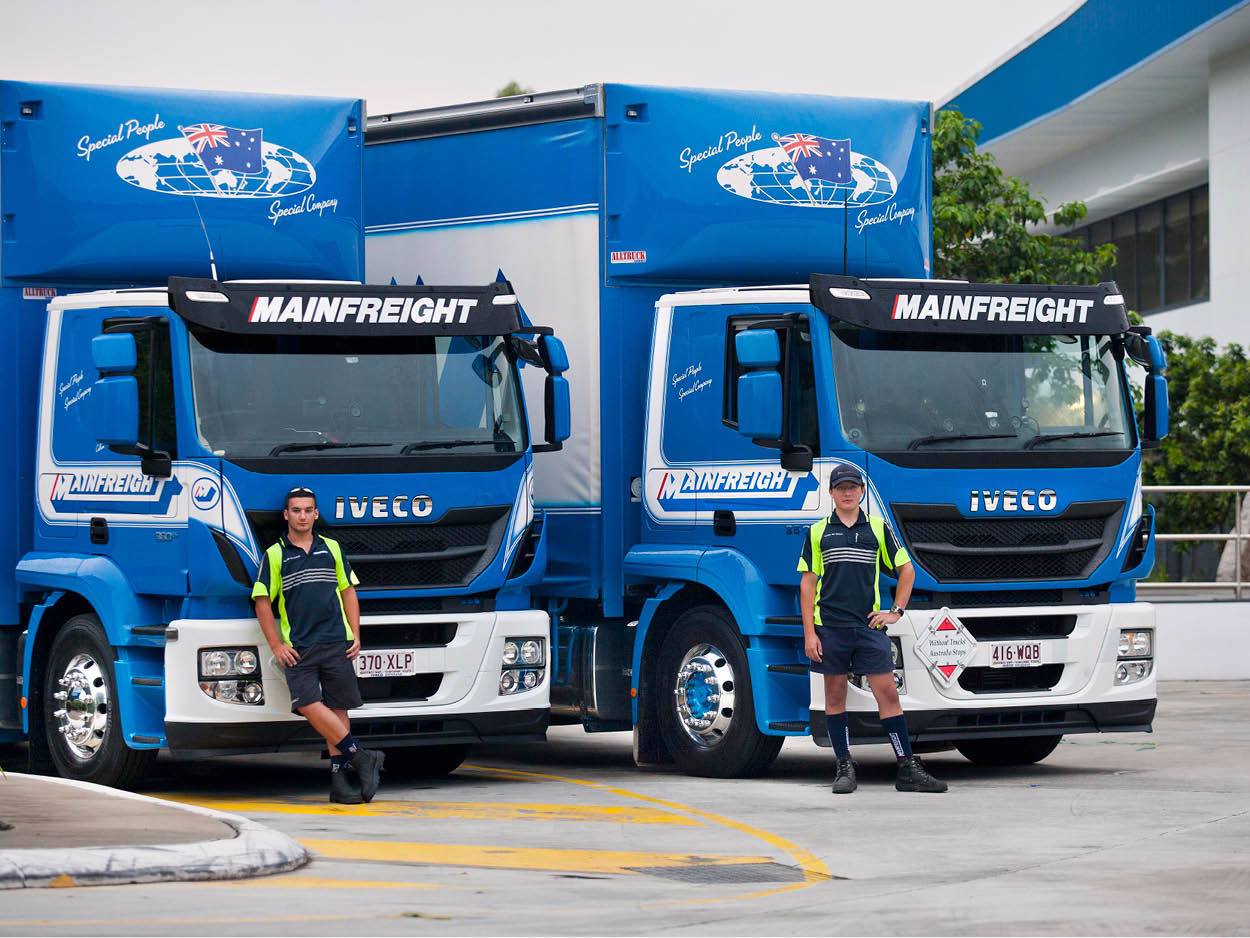 While some transport companies are struggling to attract young driving talent, Patterson Logistics is an exception, of course it does help when the old man throws you the keys to a new IVECO Stralis ATi.

Company Director, Ian Patterson, has spent around 40 years in the industry, starting his career in the workshop before transitioning into driving and more recently in management roles.

The two trucks feature Cursor 8 engines producing 360hp and 1,500Nm of torque and are coupled to Eurotronic II automated manual transmission. When combined with IVECO’s dual airbag rear suspension and a comfortable and quiet cabin, these Stralis models have all the hallmarks of an excellent metropolitan and regional hauler, according to Ian.

“The trucks normally operate towards the top end of their weight range but the engine has plenty of power to handle the loads,” Ian said.

“Being AMTs they’re easy to drive particularly in heavy traffic and the ride and handling is extremely good – inside the cabin it’s very nice, much better than similar-sized Japanese trucks.

“Along with providing a supple ride, the rear airbags are also extremely handy when loading and unloading, we get about six inches of drop.”

Both trucks operate in the greater Brisbane area with occasional country trips and feature 14 pallet tautliner bodies with mezzanine decks to increase the versatility of the load space.

Ian said that there are good opportunities for young drivers to earn an excellent income driving trucks, especially as owner-drivers.

Callum spent three years as a forklift operator at Mainfreight where he learnt valuable skills about loading trucks and load restraint and positioning, before making the transition to driving.

Younger brother Devon was at university when Ian came home from work one day in the Stralis, he liked the look of the truck and decided there and then that driving was more appealing than years in the lecture theatre, and he hasn’t looked back.

It seems that a liking of the Stralis’ modern styling and sleek cabin design runs in the family as it was the truck’s looks that initially also attracted Ian to the model.

“I was driving line-haul at the time and stopped to fuel-up, there was a Stralis ATi at the petrol station as well, I liked the look of it and spoke to the driver,” Ian said.

“He’d done well over 300,000 kilometres and his feedback was very positive. I later went to the dealership to take a closer look and was impressed with what the truck had to offer.

“The Stralis presents a modern and professional image for both Patterson Logistics and that’s important to us,” Ian said.

For the record, both Callum and Devon are paying off their trucks through the business, so no easy ride for them, and Ian now spends his time rotating between the two trucks assisting the boys on the longer days when required.